For some people, getting a speeding ticket is a momentous occasion. They’ve never gotten a ticket before, and they certainly don’t know what they need to do when they get a tickt. For other people, getting a ticket isn’t so unusual. They’ve been around the block when it comes to traffic court, so they think they know exactly what to do. Usually, that means just paying the ticket. 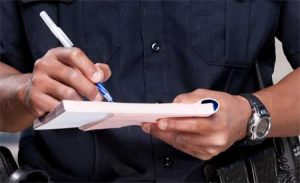 Regardless of which category you fall into, chances are good that you don’t know these five things about getting a speeding ticket or other moving violation in Miami. If you want to know even more about traffic infractions and tickets, contact Ferrer Shane Gonzalez. These experienced traffic ticket lawyers can help you fight the charges you’re facing.

1. The Risk of the Failure to Appear

With most tickets, people have a choice. They either pay the fine or fight the traffic ticket in court. However, let’s assume that you’re pretty forgetful about some things. That means that you didn’t pay your ticket and you didn’t show up on your appointed court date. What happens next? The judge will issue a Failure to Appear, often referred to as an FTA, and either issue a bench warrant, a D6 suspension, or both. If you get pulled over again, you just might get arrested, and you will certainly owe extra fees to the court.

The worst thing you can do after you get a traffic ticket is nothing. Hire a Miami traffic attorney instead.

2. If You Hire an Attorney, You May Never Have To Appear In Court

One of the benefits of hiring a traffic lawyer is that it may keep you completely out of the courtroom. Your attorney will be able to appear on your behalf, which means that you can be at work, home, or relaxing at the beach while your attorney represents you in court. Even better, your attorney can negotiate with the prosecutor to get your ticket reduced or dismissed. It’s just a smarter, more efficient way to deal with traffic tickets in Miami.

Too many people simply pay the fine when they receive a notification with their picture showing them driving through a red light. The reality is that many of these tickets can and should be disputed. Several defenses may be available, but you’ll need an experienced Miami traffic attorney to review your case.

4. Driving With a Suspended Driver’s License Is a Crime

Driver’s licenses can be suspended for numerous reasons. Usually, it is because the driver has failed to appear in court, or they have accumulated too many points on their record. Racking up 12 points in 12 months is enough to get your license suspended. Some particularly serious moving violations can also cause your license to be suspended. The trouble is that the courts don’t usually physically take your driver’s license away. What’s more, some people don’t receive the notification in the mail telling them that their driving privileges are suspended. This means that they could easily be pulled over by the cops, again, only then to find out that they are driving with a suspended license. This is a crime in Florida, so you’ll definitely want an attorney to represent you.

5. You Can Get Points Removed From your License or Driving Record

Your traffic lawyer can tell you all about your options for removing points from your license. This is particularly important for drivers with a commercial license (a CDL) or people who drive their cars for a living.  Usually, it involves getting a reduction on the infraction you’re accused of committing or completely reopening the case.

Ask a Miami traffic lawyer at Ferrer Shane Gonzalez about your options after you get a traffic ticket. Chances are good that there’s a lot you don’t know about the process, and they may be able to get your ticket reduced or dismissed.