Getting a speeding ticket can ruin your day, and having to pay it ruins another one. Instead of just paying the ticket, it may be worthwhile to work with a traffic lawyer. A reputable traffic attorney like the practitioners at Ferrer Shane Gonzalez may be able to get the ticket thrown out or at least get the penalties that you are facing reduced. 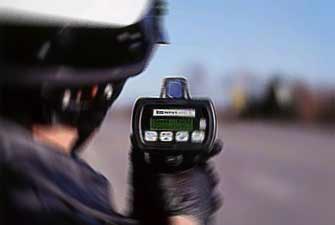 On the surface, it seems like it would be quicker and easier just to pay the fine so you can move on with your life. The reality is that paying a fine for a speeding ticket, or any traffic ticket, is the same thing as pleading guilty in a court. That means that if you ever get another ticket, the judge is going to know about it, and that could affect their decision in your case. Just as bad, your insurance company is likely to raise your rates, sometimes by as much as 30 percent. If you have prior tickets, your rates may go even higher. You also may lose your record as a “safe driver” with your insurer, which can make the cost of your policy even more expensive.

It’s not just the judge and insurance companies that penalize you for a ticket. The DMV adds points to your license after a moving violation. That puts you closer to getting a suspension, which is particularly bad news if you’ve had a few tickets in the past.

Work with a qualified traffic lawyer

Clearly, there are several downsides to just pleading guilty and paying your traffic fine. It makes far more sense to work with a qualified traffic lawyer from Ferrer Shane Gonzalez instead. They can help you fight the ticket, which may mean that you won’t have to pay a fine, that your insurance rates won’t go up and that no points will be added to your driver’s license.

Still, many people question whether or not it’s worth it to hire a traffic attorney. They figure that the police used a radar gun and that this infallible piece of technology guarantees that fighting a traffic ticket is just a waste of time.

Speeding ticket can be fought

However, an experienced Miami traffic ticket lawyer from Ferrer Shane Gonzalez knows that few moving violations are ever as cut and dried as they appear. For one thing, radar guns sometimes malfunction. For another, it is possible for the police to mishandle them, thereby getting an inaccurate reading. In fact, Florida Statute Section 316.1906(2) lays out numerous conditions that the law enforcement officer and the radar gun must meet in order for the ticket to stand up in court. If any one of these conditions is not met, then the ticket could be thrown out.

A Florida traffic ticket lawyer has many other defenses available. It may be possible to argue that the officer stopped the wrong car or that the officer’s view of the roadway was obstructed. Perhaps the officer erred in how they handled the traffic stop, which may mean that the driver’s Constitutional rights were violated. Other defenses that are unique to your situation may be put forth. However, none of that can happen until you start working with an experienced traffic lawyer in Miami.

While simply paying the ticket may make sense in certain circumstances, it is nearly always worthwhile to seek legal representation so you can fight that ticket. A good legal defense will at least lessen the penalties you’re facing. It could keep you out of driving school, keep points off of your driver’s license, and save you considerable money in fines and insurance. Plus, hiring a traffic attorney is far less expensive than you probably realize.

Contact the Miami traffic ticket law firm Ferrer Shane Gonzalez. Much of their practice is devoted to helping people just like you improve their situation after receiving a speeding ticket. With their research skills and legal knowledge, they can help you put traffic court in your rear view mirror.